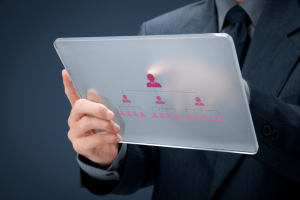 The fundamental question that many people ask before implementing SAP S/4HANA and deploying Fiori apps is “why?”. The option of using Fiori apps has been available for a while now, but the question as to why these new apps should be used usually doesn’t pop up until an SAP S/4HANA migration is planned.

The simple answer is that some functions have only been implemented in Fiori apps and there are no suitable corresponding transactions. In addition, SAP Fiori represents the way SAP is making new business benefits available to SAP S/4HANA users. As such, this means the features of SAP S/4HANA cannot be fully utilized without a Fiori launchpad.

Tips and lessons learned from our project experience

Every customer has different needs and demands of a Fiori implementation. But all projects have one thing in common: they strive to implement SAP Fiori together with the implementation of SAP S/4HANA.

There are different approaches to implementing SAP Fiori in migration projects – we hear “Fiori first” and “Fiori last” again and again in this context. From our best practice experiences, we know that the best approach is “involve the specialist department first”.

Employees often find it difficult to accept changes to applications. But they tend to resist less when they feel that they’re part of the change. That makes sensitization ahead of time important and extremely sensible. In addition, we’re often confronted with an either/or attitude in this context: either all transactions remain in the SAP GUI as usual, or all transactions should be in the Fiori launchpad – but these two options should be seen as complementary instead.

The selection of the right apps generally can’t be finalized until after extensive testing.
Work with your specialist department to identify the right apps and incorporate this selection in your migration strategy in good time. In a brownfield or hybrid approach, legacy ERP roles are migrated. With our role conversion, we can not only identify the suitable new transactions, but also the suitable apps suggested by SAP for the respective transactions of the roles. Unfortunately, many transactions do not have a 1:1 relationship with an app, which means you also have to select some of the apps manually. This, too, will require the involvement of the specialist department. The SAP Fiori apps reference library lists all the current apps. We work with the specialist department to identify potential apps together and test them for possible use. Assistance is provided here by the SAP standard roles and standard catalogs, which are too large to adopt as a whole, but provide a steadily growing selection for every process.

Testing once again requires the involvement of the specialist department, because they know the business process best and can therefore precisely identify the apps that add value. To enable this, the technical requirements have to be set up in a test system. SAP currently recommends an embedded scenario, in which we test the front-end authorizations (Fiori apps) and the back-end authorizations (business logic) in one role. As such, authorizations do not pose any problems. The primary focus here is to elaborate the value that the apps add for employees.

After a successful implementation, the next step is full use of the launchpad – either through the Enterprise Search or through customizing of the standard layout for end users, such as mobile user devices.

4. Integration in the authorization roles

Once the required apps have been determined, small logical catalogs have to be built to integrate them properly in the authorization roles. To do so, we use the standard SAP tool launchpad content manager. The suitable authorization roles are part of the migration project, either as migrated roles or completely new roles. Here, as well, the specialist department generally knows the legacy roles well and can therefore provide support with the selection.

Personalization of the launchpad is very advantageous for users, who can each define their apps on the start screen. A good standard layout usually makes sense for the go-live at first, however, to avoid having to assign many catalogs to users during the migration and forcing them to build personalized launchpad screens, which can be time-consuming.

A good standard launchpad layout promotes acceptance among users, because they realize from the start that the launchpad makes sense. The SAP Fiori apps “Manage Launchpad Spaces” and “Manage Launchpad Pages” are ideal for personalizing the layout together with your users. A prerequisite for this is the use of spaces and pages, known to many as “Fiori 3”. This latest front-end component, which SAP launched with S/4HANA 2021, offers even more personalization options through flat tiles. Performance has also been improved significantly: You can now display a number of apps in the browser. In this context, follow the SAP recommendations for optimizing launchpad performance by configuring the parameters correctly.

Optimal preparation of the go-live includes extensive role testing, ideally by testing each authorization role individually. All work areas should test their new functions – particularly the new apps – to ensure that they work without problems. We use the SAST Role Management tool to derive the necessary organizational levels from the previously defined template roles in combination with the organizational sets. These organizational levels are also capable of including non-standard fields in an organizational level. This renders manual derivation obsolete, shifting the focus to testing the roles. If these roles do not function as expected, an update can help ensure that the correct authorization objects and all functions are contained in the roles.

Many users are initially hesitant with their demands of the new apps and the launchpad, tending to place too few requirements during the migration project rather than too many. They often fail to recognize the benefits until they actually work with the launchpad.

Thanks to the new user interface, the possibility of getting the KPIs at a glance, and the more modern look, however, users will ultimately prefer starting the launchpad over using the GUI. Some departments even abandon the GUI completely and want to use the launchpad exclusively. In the end, the usual result of this is that the core team is given the task of integrating new functions in the launchpad: installing new apps in catalogs, developing new, internal apps, and optimizing the layout through increased use of analytics and fact sheet apps.

With good preparation, effective project planning, and competent expert support, you can take a much more relaxed view toward your implementation of SAP Fiori. Have we sparked your interest? If so, visit our website or e-mail us. 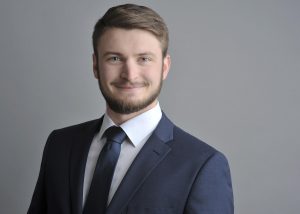 FURTHER POSTS ON THE TOPIC: